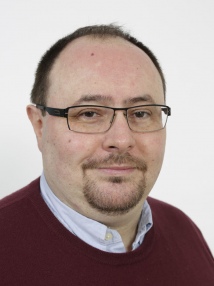 Prof. Mantalaris is the head of the Biological Systems Engineering Laboratory in the Department of Chemical Engineering at Imperial College London. His research interests lie in the areas of stem cell bioprocessing, tissue engineering and mammalian cell bioprocessing and modelling. He has successfully graduated 23 PhD and 12 MSc students and supervised 14 post-doctoral students. He has over 140 publications, co-edited one book and holds 3 patents .
The Biological Systems Engineering Laboratory is a state-of-the-art bioprocessing lab (200 m2) that includes a GLP tissue culture facility, molecular biology facility with real-time PCR, cell analysis facility with a flow cytometer and microscopes, a materials fabrication facility, and bioprocess analysis facility with a Bioprofiler and HPLC and an oxygen-controlled environmental chamber. The Centre for Process Systems Engineering is an international research leader in Process Systems Engineering concerned with the management of complexity in uncertain systems, modelled across many time and scale lengths. In addition to its fundamental research work, the Centre has a substantial technology transfer activity, with close links to process industries (in the UK and internationally). Winner of the 2002 Queen’s Anniversary Price for Excellence in Research in the area of Process Systems Engineering, CPSE already has a number of research activities with direct relevance to the specific area of interest of this project. 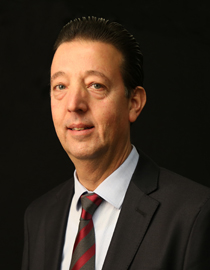 The objective of his research programme is to develop fundamental theory and optimization based methodologies and computational tools that enable process engineers to analyse, design and evaluate process manufacturing systems which are economically attractive, energy efficient and environmentally benign, while at the same time exhibit good performance characteristics like flexibility, controllability, robustness, reliability and safety. 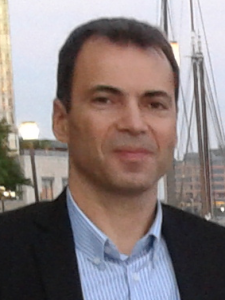 Eustathios S. Kikkinides is a Professor at the Department of Chemical Engineering of the Aristotle University of Thessaloniki, Greece. Previously, he was a Professor at the Department of Mechanical Engineering of the University of Western Macedonia, Greece. He has also served as head of the Department from September 2011 and up to December 2012, while he has been a member of the Governing Body of the University from July 2011 to March 2014. He obtained his diploma in Chemical Engineering from the University of Patras, Greece, in 1989 and his PhD from the State University of New York (SUNY) at Buffalo, USA, in 1994.
Professor Kikkinides has over 25 years of involvement in the area of transport processes and material development, including synthesis, characterization and applications of porous materials in physicochemical processes and multiphase transport in porous media. Special emphasis has been given on the theoretical modeling of material microstructures and the simulation of equilibrium and transport phenomena at both macro- and micro-scale using deterministic and stochastic methods. He has been the scientific advisor of 6 Ph.D. dissertations and 18 Diploma Theses, all completed at graduate and undergraduate level, respectively.
Professor Kikkinides has nearly 20 years of research experience at national research centers, NCSR Demokritos, ICEHT-FORTH and CPERI/CERTH, while he has been a faculty member of the University of Western Macedonia, since 2004. He has participated in nearly 30 national and international research projects and industrial contracts on energy and environmental applications involving porous media. He has 80 internationally published research papers (according to the ISI Web of Science), 7 book chapters, 1 US patent application (with Praxair inc.), over 90 national or international conference contributions, numerous research reports, and around 1300 citations (h-index=20). He has served in numerous scientific and organizing committees at national and international conferences.

Dr. Chrysovalantou Ziogou is a senior research associate at Chemical Process and Energy resources Institute (CPERI) of Center for Research and Technology Hellas (CERTH). She holds a diploma in Computer Science from Technological Educational Institute of Thessaloniki, a Master in Information systems from University of Macedonia (UOM) in Thessaloniki (2005), a Master in Theoretical Informatics and Systems & Control Theory from Mathematics Dept. of Aristotle University of Thessaloniki (AUTh) in 2009 and a PhD degree in Engineering Informatics and Telecommunications from University of W. Macedonia, Greece (2013).
Her research interests are in the field of advanced control systems, process systems engineering, modeling and optimization of hybrid renewable energy systems, fuel cells and smart grids. She has extensive expertise in the design and construction of industrial automation systems, heterogeneous process information systems and development of industrial-grade software for online model-based applications. She is the (co)author of more than 40 publications in peer-reviewed conferences and journals. During the last ten years she has been involved in numerous European, National and industry-funded projects, both in management but also in research and development activities.

Margaritis Kostoglou is a faculty member at the dept. of Chemistry at the Aristotle University of Thessaloniki, Greece from 2004. He has a Diploma in Chemical Engineer from Aristotle University of Thessaloniki (1989) and a PhD from the Department of Chemical Engineering of the same university (1995).
His main research interests are in: fundamentals of chemical technology processes; analysis of transport phenomena; Analysis, description, design and optimization of unit operations; mathematical modeling of physicochemical processes in several scales. A large part of his work is devoted to particulate processes either for fluid particles (bubbles/droplets) or for solid particles (colloidal particles/nanoparticles/aerosols). Author of more than 160 journal publications and more than 180 conference presentations. His work has received at about 1500 citations. He has participated in more than 40 European, national or industrial research programs.